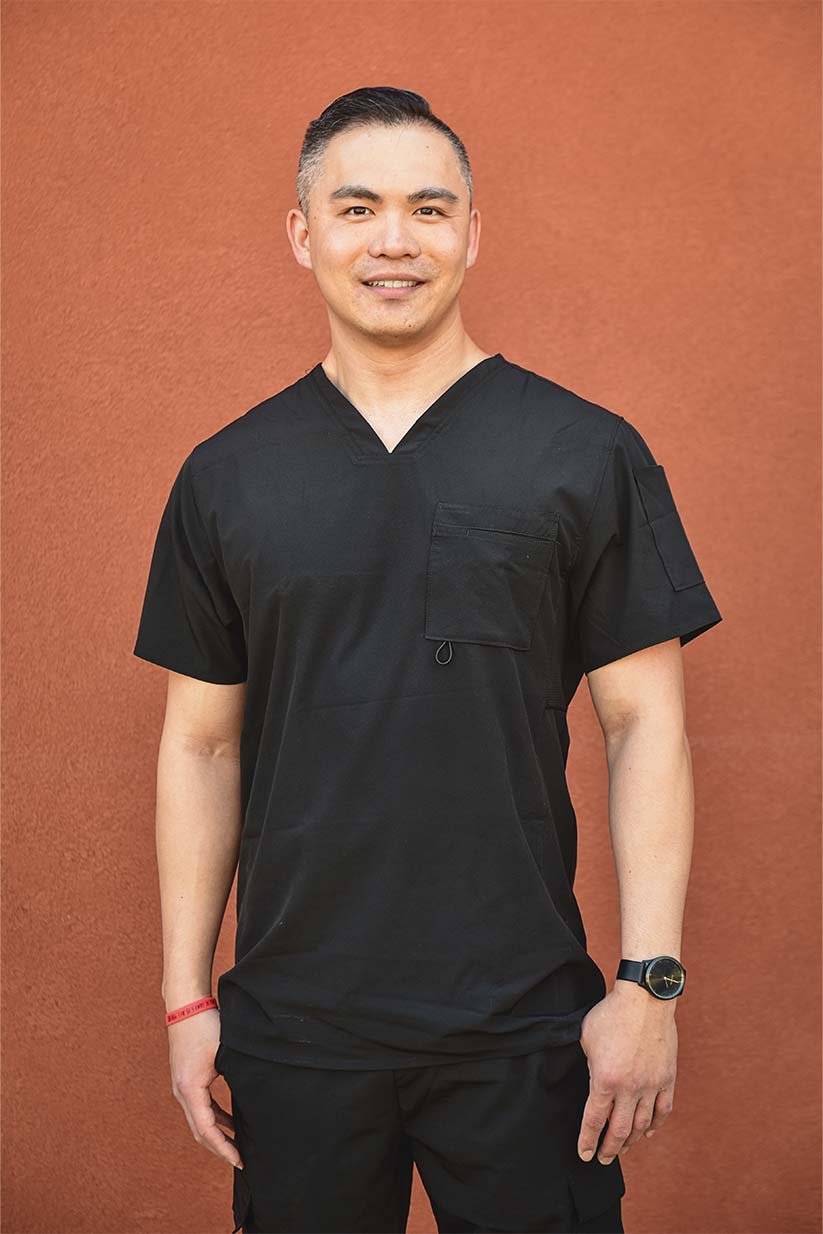 Dr. Johnathon Ng obtained his Bachelors in Natural Science from the University of Calgary, and his Bachelors of Human Biology and Doctorate of Chiropractic degree from the University of Western States. Dr. Johnathan Ng uses soft tissue therapies such as myofascial release, and passive stretching in combination with his chiropractic adjustment. He believes in combining the old with the new, using recent evidence-based research and blending it with traditional chiropractic philosophies in order to better serve his patients.

Dr. John has had the opportunity to work with high-level athletes of all ages. He has personally worked on NHL players, CFL players, Olympians, triathletes, and Alberta amateur golfers to name a few.

While not at work Dr. Ng often volunteers at sporting events or is fueling his fitness lifestyle at the gym or on the running paths! In his down time, he could also be found enjoying a good book, video game, or fine dining experience with his wife. Dr. Ng believes in going above and beyond for his patients every time they come in and believes in going beyond chiropractic care. Dr. Johnathon Ng believes in putting the patient first and strongly adheres to the mantra of his Chiropractic College – “For the good of the patient.”

No referral is ever required to schedule an appointment
at Northern Hills Chiropractic.